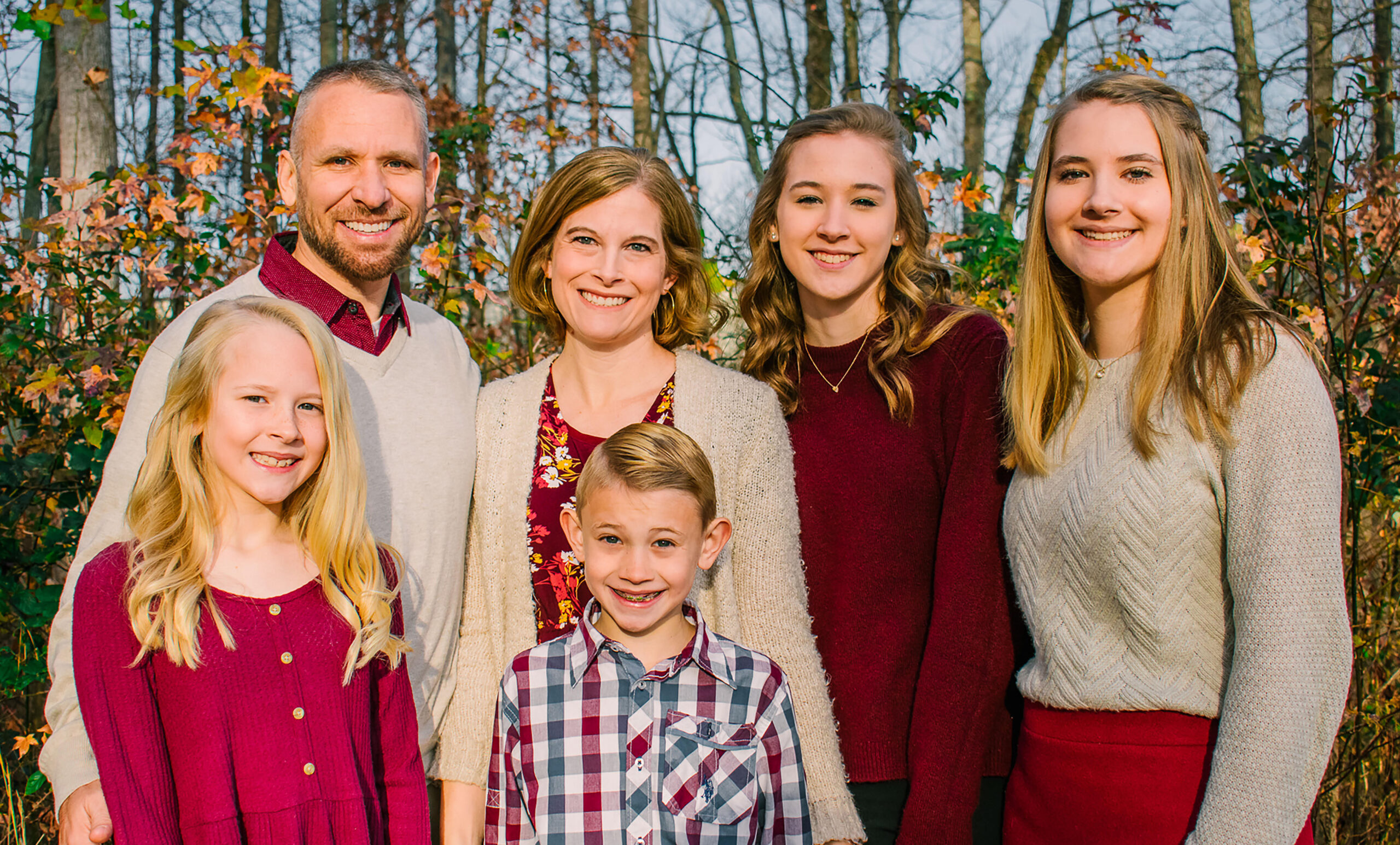 I was saved in 1993 at a tent revival in my home church in MO. The next summer, 1994, I went on my first missions trip with my youth group to New Mexico.  It was there, seeing the need and being involved, that God began to touch my heart. One evening in the meetings we sang “I have decided to follow Jesus, no turning back, no turning back”. I began to think, “I am saved, but have I ever decided to follow Jesus totally in my life?”  I went back to the dorm room after the service and began to read and pray. God was touching my heart and as I began to read Is. 41:9-20, God spoke to my heart about being a missionary for Him. That night I gave my life totally to Him. I was 16 at the time. I went back home and my pastor began to encourage and work with me.

I finished high school and then went to Crown College. During my second year I went to Peru for 6 months and God taught me many things about missions. I went back and finished my studies at Crown, praying God would direct me exactly to the country He would have me to go. After much prayer and study, God placed Argentina on my heart. He also led me to the girl that I was to marry, Mindy.  We both graduated from Crown in May of 2000 and got married a couple weeks later.  The Lord was gracious and we were able to finish deputation in 18 months. We then left for Peru for almost 2 years for language and preparation.

We arrived to La Plata, Argentina on January 21, 2004 and stayed in a hotel while looking for a house, vehicle, and church building. God gave us everything we needed in a short amount of time and on March 21, 2004 we held our first service at the Lighthouse Baptist Church in La Plata.

In September 2004, God gave us the opportunity to begin the Grace Baptist Church in Quilmes, a city 45 minutes away from La Plata.

In March 2005, we began the first classes in the Argentina Bible College with a group of young people who desired to prepare for God’s service. In 2010, the Berean Baptist Church was started by one of the Bible college graduates and in 2011 the Hope Baptist Church was started by another college graduate. The Lord is continuing to do a wonderful work in Argentina with the Bible college students.

In May of 2012, the Lord opened doors and after prayer and counsel, we accepted the position of General Director of Vision Baptist Missions in Alpharetta, Georgia.  As Director, we have the opportunity to not only help the missionaries that are with VBM, but to raise up a new generation of missionaries for a needy world without Christ. We currently base out of Alpharetta, GA and travel preaching missions conferences, counseling missionaries, teaching in the Our Generation Training Center and entering all the doors God opens to encourage everyone possible in the area of world evangelism.

I grew up in a Christian home in Brownsville, Indiana. I accepted Christ as my Savior when I was 8 years old. In my childhood I don’t remember wanting to be anything but a missionary. When I was 14, I surrendered publicly to the mission field the first time I heard about surrendering, even though in my heart I had surrendered a long time ago.  Through the years God has  tremendously blessed in Argentina and we are now excited about what the Lord has called us to do as we work with young missionary families and students who are will be the next crop of future missionaries.  We have 4 daughters and one son and are thankful for the wonderful family God has given us.   I enjoy spending time with my family, reading books of spiritual growth and blogging about what the Lord is doing in our life on the Women Behind the Scenes blog, a group blog of missionary friends from around the world.