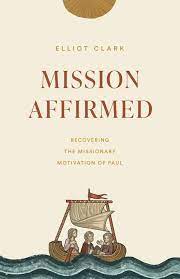 – Paul was motivated by his desire to please God.

– Western Christians come from a task-oriented and time-conscious society.
Relationships are not as important. Our consumerist-culture tells us that prudence and patience is a virtue of the past. Novelty seems more important than durability.

– Whereas the current model of missions says to “work yourself out of a job,” we might want to change that for “build something that lasts.”

– We are driven by a mantra of “mission accomplished,” but we must not sacrifice living in the moment with staying power.

– With the more resent missions fad of reaching the unreached groups, we have hurriedly imitated western capitalism instead of Christlike work and patience.

– What matters is God’s approval on our work and having lasting efforts. Shoddy work will not be praised.

– Paul was definitely influenced by judgment and rewards.

– What makes Christians different is not that they don’t seek glory, but they seek the glory of God rather than their own.

– Westerners must be careful not to connect the gospel with aspirations of a better life.

– The goal of missions is not quick gains but lasting results.

– Amy Carmichael told missionaries to not go to field unless you can say to the Lord
and to yourself that the cross is your attraction.

– The cross proceeds the crown. Those lifted up must first go down.

– Although Paul was an apostle of Jesus Christ commissioned by God alone, he was
also sent by and accountable to a church.

– Missionaries are not to be independent agents with their own agenda, they are to be
coworkers with their church and others.

– Missionaries should learn before they go, listen to the nationals when they arrive, and
partner with a national church before they start on their own.

– Simply having a heart to help and a ticket in hand does not make one a good
missionary.

– When the church sent Paul, they sent their best. Today it seems a church sends
almost anyone.